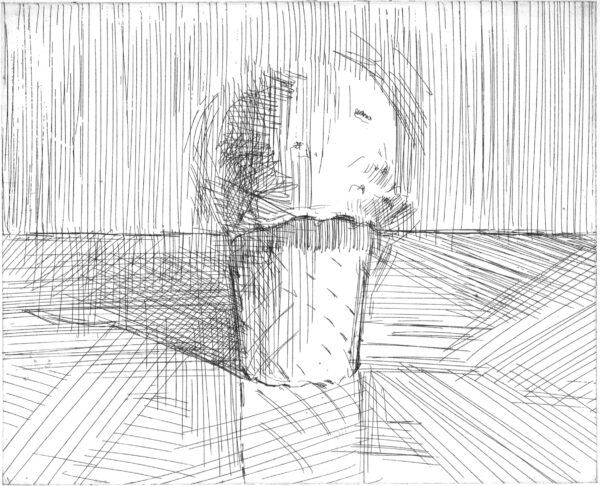 Wayne Thiebaud made the plate for this image in 1995 with printer Daria Sywulak, but it was not editioned at that time. In 2011, working with printer Emily York, Thiebaud decided to release the image without changing the plate. It is printed in two versions, one in black ink titled “Cone,” and the other in pink, titled “Pink Cone.” Each version is printed in an edition of 40, along with its documented proofs. The prints are dated 1995, the year the artist created the plate. The editions and proofs of “Cone” and “Pink Cone” were printed in 2011.