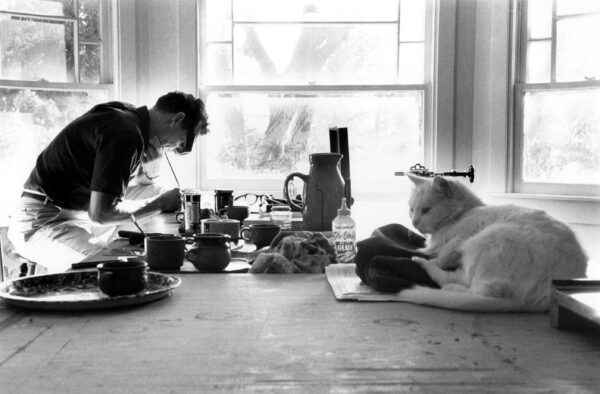 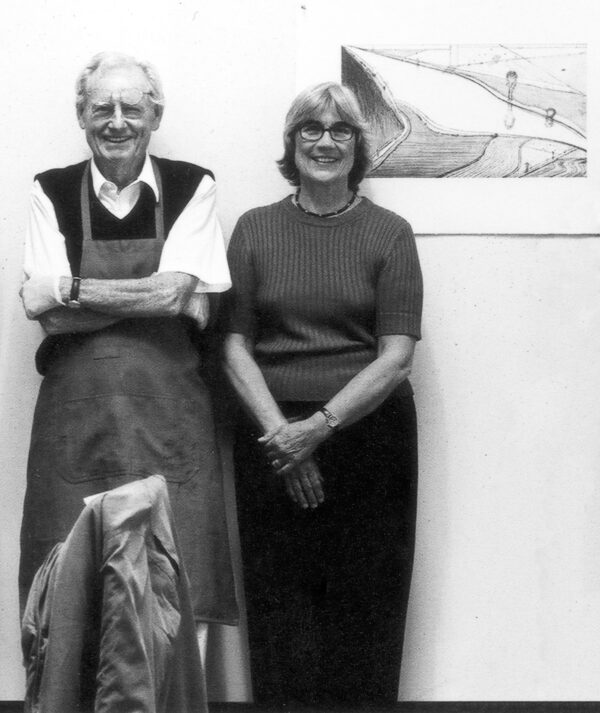 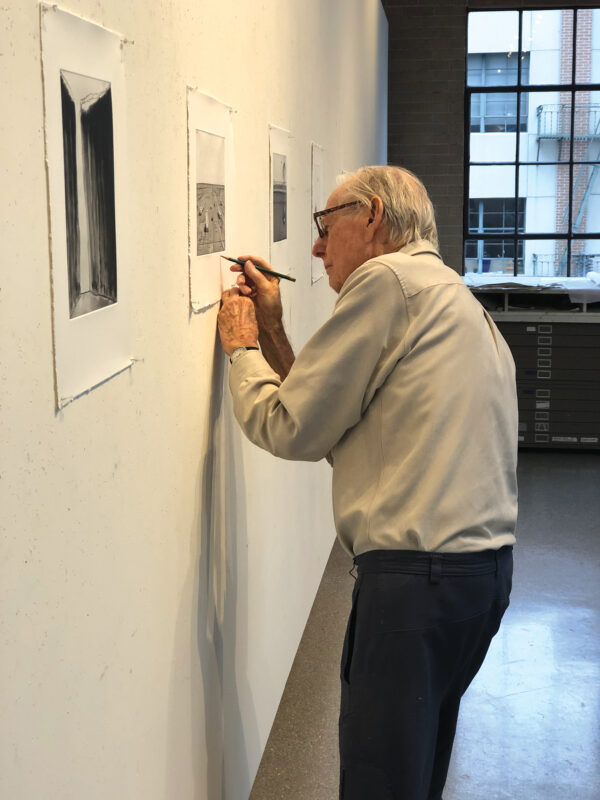 I write remembering artist Wayne Thiebaud, who was born November 15, 1920, and died on Christmas Day, 2021, seven weeks after his 101st birthday. He first created etchings at Crown Point Press in 1964, when the Press was two years old, and he worked frequently with us over the following years. His final project at Crown Point was in 2019.

In 1964, in Wayne’s first project, he created seventeen images of pies and cakes and other foods using etching and drypoint. He titled the group Delights, and Crown Point published it in 1965.

Wayne began his first day in our studio by drawing a subject from one of his paintings on an etching plate, and (I’m embarrassed to tell you this) I lectured him about copying himself. He picked up another plate and drew the lunch I had just prepared. “When you change anything,” he said, “You change everything.”

At its beginning in 1962, Crown Point Press was simply an etching workshop; anyone could join. Richard Diebenkorn attended a few times in that first year, and in 1963 I invited him to do a project published by the Press. It was the first project Crown Point published. It is titled 41 Etchings Drypoints and dated 1964. Delights, Wayne Thiebaud’s first project, is also dated 1964. It contains 17 etchings, with half the edition presented as bound books and half in portfolio form.

Both Diebenkorn and Thiebaud continued to do projects at Crown Point for the rest of their lives. Diebenkorn died in 1993, twenty-nine years ago. Now, as we begin the year 2022 with Thiebaud also gone, my mind is full of images of the early days. The basic aspects of the Crown Point studio have not changed. We still work hands-on at a slow pace.

In an interview years ago, Wayne described his first Crown Point project. “It was in the basement of her home. Kathan and I and her young son Kevin, and a wonderful Dalmatian dog, along with a cat, were the principal inhabitants. We just worked. When lunchtime came, she would go upstairs and fix lunch. The workshop was very basic, perfectly adequate, not overly developed. She took the most important aspects of doing etchings and worked with quite simple means.”

We are still doing that at Crown Point Press. We miss Wayne Thiebaud very, very much.